MONOCHROMATIC MADNESS. This is madness, I tell ya!

Hey, blogosphere!
The reason for my two week absence from blogging was because...
...I was whisked away to Paris Fashion Week, where I stayed in a hotel amidst a whirlwind of designers, one of whom asked me to be his latest muse. When I was finally left alone to sight see, on my way back from being enticed by the highly revered Eiffel Tower, I was struck with approximately 700 volts of electricity via a terrible lightening storm that struck most of Europe. I was rushed to an exotic french hospital, which, to my amusement, was located beside France's largest brothel.  In my fragile state, I was able to witness a whole new level of, err, camaraderie. After my quick and miraculous recovery (all the french news stations aired my story), I spent the rest of the week hanging out with some indigenous people, who made a living selling hand-crafted clay bead necklaces. Then I came home and went to school and stuff.

Lets round up a few monochromatic outfits, now shall we? (In honor of 4 of the 5 Olympic Ring colours! --worn during Olympic Spirit Week @ schoolio.): 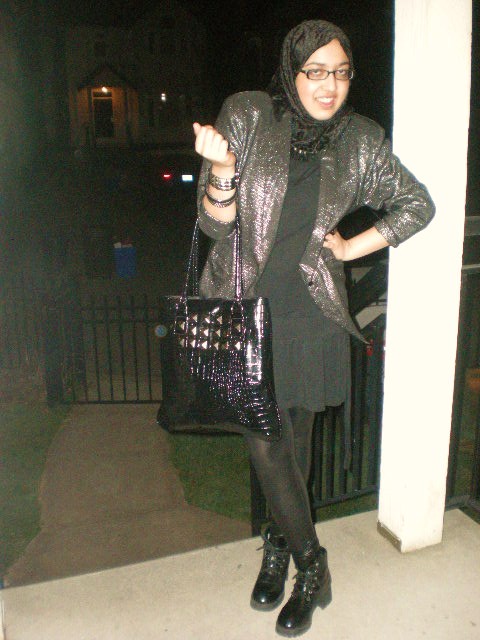 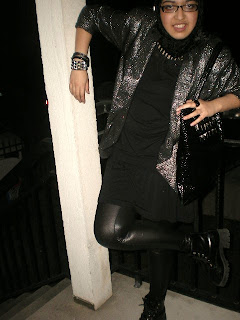 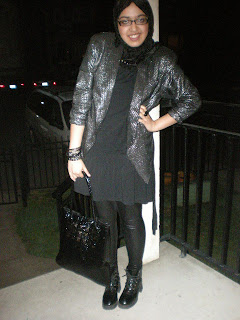 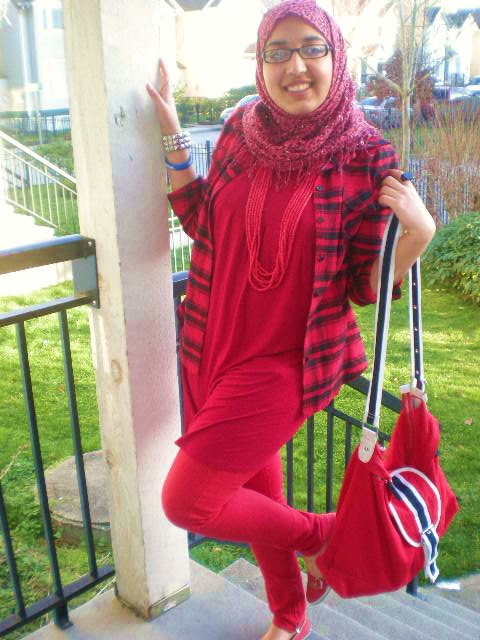 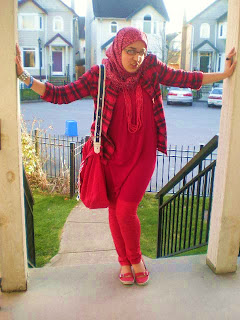 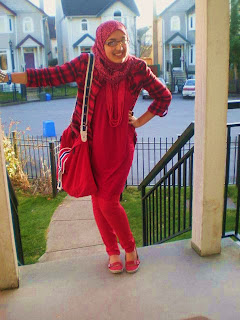 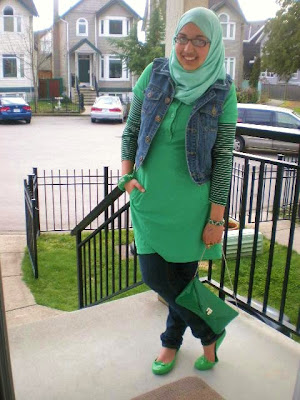 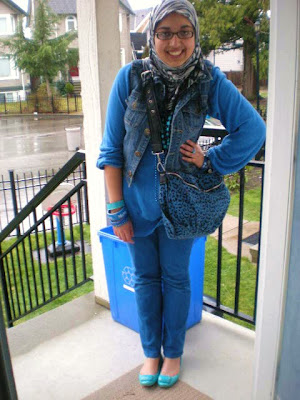 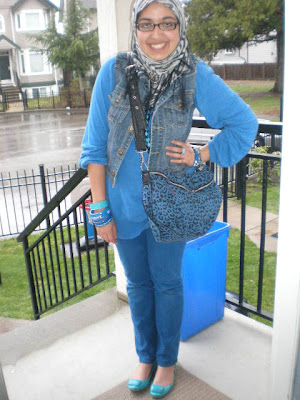 ZOMG, MATCHING BLUE RECYCLING BIN. (Coincidence, I swear).
Alright, so still with me? Noice. My yellow outfit, I didn't document, but I'm sure y'all get the idea, huh?

Kay, get on out of here quick; don't make me BOOT ya! 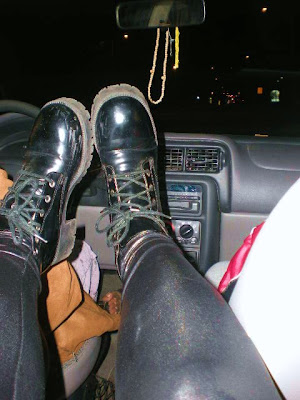 brought to you by Under Urooba's Umbrella! at 3:35 AM

thanks for visiting my blog :)

AND WOOOW. i never have the guts to wear all of one colour (unless its black or white). WOOOOW.

such a fun idea. though i doubt i have enough green, red or yellow things to do it.

GREAT outfits! love how u matched it with your headscarf!

UROOBA YOU ARE A GENIUS.

I like how you matched everything! And everything wasn't over $20, which I love. Because, guess what, I love to buy inexpensive -- NOT CHEAP, /inexpensive/ -- stuffs as well.

I haven't been to the Salvation Army down in New West... since I live all the way over in LANGLEY.

Hey, neighbor. Surrey is baaaad. Guns. jkjk :D haha. Langley is the one with the shootings all the time. :P

... flats for $3 at Joe?! The last time I checked, even the one on clearance were $10+. I never get any deals :(
Also, I love the green and blue looks! Absolutely stunning! Gosh, you need to put up the yellow too. Just recreate it ;)

I loove your Blazer in the first pic =)

Okay. This is SOOO WEIRD, but when I was reading your story I was like "WOOOAHHHH. Sounds familiar."

This was totally my life 2 years ago. Now I'm happily residing in Paris as Lagerfield's muse. It's alright.

Thanks so much for stopping by!
quirkyexplosion.blogspot.com

I love the bag and blazer in the first pic! This is a fun idea.

I love this! Esp the black outfit!

Thank you to everyone who voted!

Blog Archive--Blast from the past

FEATURED. [excuses for being the occasional braggart].